Kamal Aliyev: Why US is permanently forcing to reopen Lachin corridor? 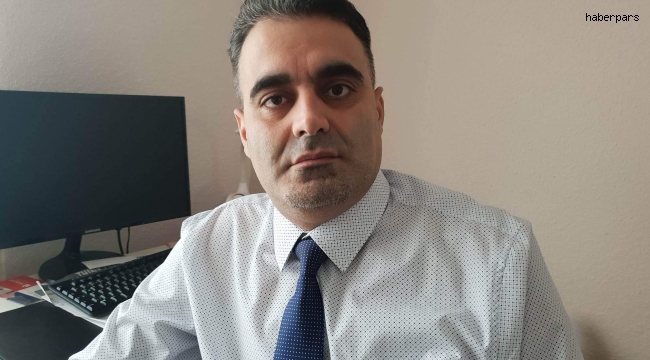 10 Ocak 2023 - 13:54
İn a few days it will be already one months the Azerbaijan’s protest is going on Lachin corridor.The ecoactivists on Shusha-Lachin highway want their demands to be fulfilled.Otherwise,the action on Lachin corridir will continue until spring.
A few countries including US and France insist on that the road which connects Karabakh with Armenia must be reopened and the full restoration of free movement through Lachin corridor ought to be fulfilled.Certainly,US and Frans don”t want new escalation between Azerbaijan and Armenia.And both countries state that negotiations are the only way forward in all issues.But I would like to emphasize that Lachin corridor was not blocked.In fact,Azerbaijan has a full right to control its territories and observe its gold mines.
On the other hand,Karabakh adminstration is an unrecognized republic bu international community.
That is why,Baku has a right to control al activities on the ground and must ensure the stability in Karabakh.I don’t guess that Azerbaijan undermines the international confidence.The people living in Khankendi and other regions of Karabakh are Azerbaijanian citizens.I want to note that Azerbaijan must give cultural autonomy and rights to ethnic Armenians in Karabakh.During the second Karabakh war the president of Azerbsijan I.Aliyev had promised this right to Armenians in his interwiev with BBC.
But now we see that US government is concerned with the situation on Lachin road.U.S.Deputy Assistent Secretary of Defence Michael Carpenter has said that Azerbaijan must unblocked Lachin corridor.
Mr.Carpenter claims that Lachin corridor has been blocked over three weeks and this creates a grave humanitarian situation.But Baku demands that it will inspect illegal or mines in Karabakh.Unfornutely,Carpenter does not pay attention to Baku’s demands.

Additionally,Armenian foreign minister Ararat Mirzoyan refused to meet with his Azerbaijanian counterpart Jeyhun Bayramov on December 23 for talks that were due to be hosted by Russian Foreign Minister Sergei Lavrov.In the coming days it is expected that US Secretary of Stste Antony Blinken will phone Bayramov and Mirzoyan.
I hope that US and EU will try their best to solve Karabakh problem.We know that either US or EU do not want this problem be under the monopoly of Russia.And Washington and Brussel are aware that Moscow in order to perceive its geopolitical interests in South Caucasus want to control both Azerbaijan and Armenia.Russia is not interested in democracy of this region.The best way is that Azerbaijan and Armenia come together and looking for final solution to this problem without Russia.Prior to this bilateral discussion,both South Caucasus republics should make concessions.